There’s a big Attack on Titan cosplay group brewing here in the UK.

I’ve just put together a costume breakdown on jackets for the group and it seemed a good opportunity to share my thought processes when I consider materials to use for a costume using Attack on Titan jackets as an example. Please note these are my personal considerations and are by no means the only justifiable option

Personally I think that variegated uniforms could well be a real issue in Attack on Titan. Resources are scarce and they use what they have and that may mean not everyone matches. We already known for instance that there is a great deal of variegation in the clothing each character wears underneath their jacket after all (a white hoody for Annie, A grey shirt and cravat for Levi, a yellow shirt for Hanji, a green/beige shirt for Eren). This is fantastic for meets as just because uniforms differ the unifying design still pulls the group together.
—–

Fabric: Saying that however, my choice for the jacket fabric would be suede (faux suede). It provides great texture. The Attack on Titan world lacks modern amenities so it highlights the era with a rustic feel. It is matte and thus light absorbent which is good for camouflage when galloping through woods and can be treated to become waterproof. Suede is durable – it will provide some protection from the wearer from abrasion during combat.

Due to limited grazing land for cattle, leather would likely have been scarce; this is further evidenced because we know the survey corps are ‘special’ and permitted one meat meal a day for energy and muscle building. Because nothing can go to waste in a world of such limited resource, the skins of the butchered cattle would be put to good use. As the military are considered important and get a bigger slice of resources, the skins of those cattle would likely have been reserved for making the harnesses and the skirts (the skirts create a seat during 3DM manoeuvering so these must be strong) of the 3DM gear. Slightly simplified, but suede is made by splitting the layers of a hide; you can therefore get more suede per hide than leather. All the military need their own jacket but not all the military need 3DM gear all the time which has lead me to conclude suede for jackets and leather for harnesses and skirts is a logical choice.

Buttons: Buttons are an important factor in military dress. For each division of the military they often have their own buttons with their own logo. I have no illusions of being able to source Wings of Freedom buttons but suitable alternatives can be found. Researching military buttons provides inspiration such as shields to emulate the unifying shied emblem across the whole AoT military or selectively choosing wings or horses for the survey corps and military police respectively.

Weathering: Weathering crosses all elements of the jacket and pulls the piece into the real world. The military would be expected to be clean and tidy (Particularly Levi but Hanji less so. In fact Levi has to knock them out and bathe them himself when he can stand it no more) but their uniforms would likely be worn and stained to some degree due to the nature of the work the military do. As resources are limited and uniforms cannot be constantly replaced. I think it highly likely that many recruits would receive hand me down gear from soldiers who have not survived.

After combat of course they could be covered with all sorts of blood, mud and viscera

In conclusion, when putting together a costume I like to consider the world the characters exist within and choose materials accordingly. A Marie Antoinette dress for instance would require brocades, silks, satins, etc. A Ghost in the Shell costume on the other hand looks to the future and thus I would be trying to achieve an otherworldly feel. For Ghost in the Shell might take inspiration from other sci fi sources such as Star Trek: Voyager’s Seven of Nine – the corset she wore beneath her costume in early seasons to create the illusion of cybernetic implants all over her body for instance.

For me one of the aims when I’m making a costume is to as close as possible approximate how I believe that character would look if they walked into the real world and I make decisions accordingly.

Thank you for taking the time to read this essay and I hope this has been of use.

I began cosplaying in 2010 with no prior skills in sewing or crafting. Almost 40 costumes later I’m still going. I have represented the UK in cosplay competitions on multiple occasions including the European Cosplay Gathering (ECG) finals in 2012 (solo category) and 2015 (group category). On this blog I hope to share cosplay articles, tutorials, guides and works in progress from my ongoing adventure into the art of cosplay and costume making. View all posts by Nomes 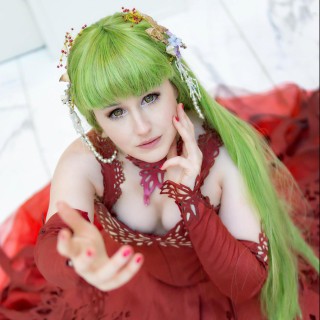 I began cosplaying in 2010 with no prior skills in sewing or crafting. Almost 40 costumes later I’m still going. I have represented the UK in cosplay competitions on multiple occasions including the European Cosplay Gathering (ECG) finals in 2012 (solo category) and 2015 (group category). On this blog I hope to share cosplay articles, tutorials, guides and works in progress from my ongoing adventure into the art of cosplay and costume making.